Inspired by both Halloween and the Inktober challenge, I decided to bring out my folded pens and some pure black ink. I’m so grateful for how popular this current alphabet series has become and all the questions people have been asking. I thought it best to make an article to answer those questions and share how to make your own folded calligraphy pen.

The pen I’ve been using for the October letter series is actually one of my own handmade folded pens.

A folded pen is, simply put, a pen with a nib made out of a piece of metal that is folded and curved on one side. The fold itself functions as an ink reservoir.

With a folded pen we can achieve some really precise, straight and sharp strokes as well as ultra thin and ultra broad strokes. The folded pen can be made in many sizes and shapes therefore it can produce a wide variety of different strokes. You can create some wild and dramatic effects and if you adjust your angle you can create some magnificent ink splatter.

The folded pen consumes a lot of ink and it is important to use heavy paper. I prefer to use watercolor paper for this pen type.

Don’t forget to try using liquid watercolor with your Folded and Ruling Pens. The colors will really pop because of the high amount of ink.

You can find the whole series of letters in Instagram #Winterbird_LetterLibrary

Folded Pens are a subcategory of Ruling Pens and they were first introduced at the Letterforum conference in 1995.1 Home Made Folded Pen for Calligraphy

how to Make your own Folded Pen

It’s easy and fun to make your own Folded Pen. I made my first in a calligraphy course in 2011, and it is still my favourite folded pen.

*WARNING* Obviously it goes without saying that you really need to be careful when working with sharp aluminum. Children should please have an adult supervising them with this project. STEP 1: Clean out the empty can and allow it time to dry. STEP 2: Cut the top and bottom of the can. Safely discard them. STEP 3: Carefully cut down the long side. STEP 5: Fold the metal piece in two and cut the a shape similar to the dotted lines above (try varying the shape to create different effects). Though they belong to the same family of pens, there is a difference between a Folded Pen and a Ruling Pen. Both pens can produce very similar effects however some calligraphers prefer to go with one over the other. Ruling Pens were originally used for technical drawings in engineering and cartography.

Unlike the hand made folded pen, the ruling pen has two flexible metal jaws holding the ink and a screw on the side that allows you to adjust the stroke width. Folded Pen and Ruling Pen Calligraphy: "All things are Wild and Free" 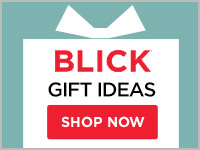 Are you sure you want to delete “TEMPLATE” from your templates?
Save Guide Sheet Settings

Halloween can be so much fun and filled with creativity. Halloween is probably the most [...]

I have teamed up with Craft Stash to give you this amazing giveaway for the [...]

Halloween can be so much fun and filled with creativity. Halloween is probably the most [...]

I have teamed up with Craft Stash to give you this amazing giveaway for the [...]